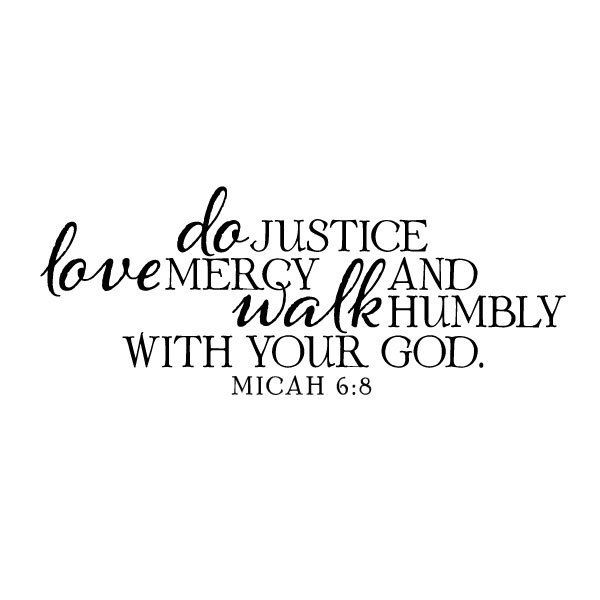 Tuesday, April 20 the verdict of the Dereck Chauvin trial was announced: guitly on three charges in the killing of George Floyd. My first response was one of relief and comfort, for the family of George Floyd and the city of Minneapolis. Then I felt the desire to be with my family and with you as our church endeavors to be this multiethnic community transformed by Jesus and united in service. But I was away for the week on a retreat in Michigan and maintained my distance from responding until now.

Many have said that "justice was served", but regardless of the outcome of the trial, George Floyd died an avoidable death. The jury's decision affirms that George was made in the image of God and worthy of life. The decision also holds officer Chauvin accountable for his actions.

But this decision was not a form of biblical justice, which seeks to restore and redeem the lost. The only hope for George Floyd now is that he will rest with Christ in eternity. His life is firmly in the hands of God.

2020 and 2021 have illuminated a systemic disease of racial injustice that effects all industries of society including our politics and policing agencies. I don't believe that all police are influenced by white supremacy and racism. I'm sure there are plenty of good, selfless, and culturally intelligent officers throughout our country. However, this indictment has raised a concern with the policies, training and practices of policing, particularly in Black and Brown communities. These procedures will negatively inform even well-intentioned officers from upholding the law with dignity that honors all human life.

I pray this moment allows us to look introspectly at our motives and assumptions with regards to the historical impact of racism that influences what we believe and how we behave. Without introspection, we be further divided on this event and others like it in the future. With a humble heart, I pray for:

EMPATHY: we are the body of Christ and when one member of the body suffers, we are called to suffer with it. Whenever there is an attack of violence, I hope we listen to the person/group who represent the marginalized community.

TRUTH & GRACE: One is incomplete without the other in our pursuit of racial justice. We are at different places in our journey, but we will not experience growth without truth and freedom without grace. May the Lord give us wisdom in how to do both at SCC.

ADVOCACY: The deeper work of justice requires sustainable engagement personally with friends and family as well as locally with civic leaders and officials. May we learn to enter the realm of discourse to lasting change in the legal system of America.

In the same hour that we heard the Chauvin verdict, Ma'Khia Bryant was in an altercation with two other young African American girls. When police were called to the scene an officer approached and within seconds assessed that Ma'Khia was that assailant because she had a knife in her hand. The officer chose to descalate the situation with deadly force, shooting Ma'Khia four times and leading to her death.

Before we could catch our breath from the trial, what appears to be an avoidable death has occured once again -- a Black sibling killed by the inhumane decision of police sworn to protect and serve.

Once again...we lament the loss of life and reject that deadly force was the only option available to police.

Once again...we sit with Black siblings to cry out, "How long O Lord?" and seek meaningful ways to encourage and support their/our desire for healing.

Once again...we ask local and state leaders to respond with policies of reform and actions that correct past injustice and prevent future injustices from happening.

Once again...we recommit ourselves to the work of racial justice in the name of the Father, the Son, and the Holy Spirit.

My heart is heavy. Yet, I am pursuaded that God's justice will prevail. His truth will march on. And by his Spirit the church will arise to proclaim the beloved community until Christ returns.

Grace and Peace be yours in abundace,

Jan 23
Healing the World Through Confession